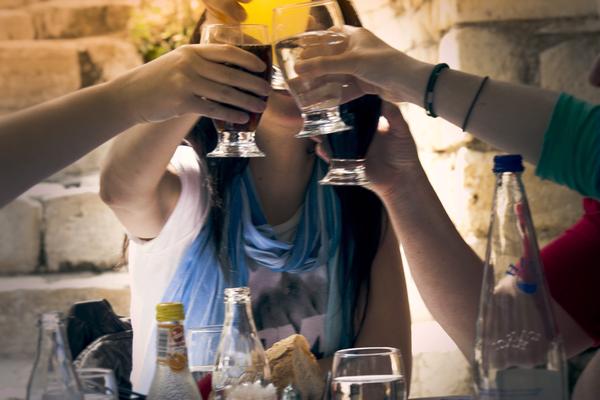 Two days into a weeks-long pals trip to Greece, and I found myself confronting one of the nation’s unique national nectars. Shifting my weight in a corner deli/liquor store, I admired a clear bottle. Its label was adorned with grapes, but otherwise quite literally Greek to me. The shopkeep (ancient, stooped, moustachioed) tottered over, pointed at the bottle and said, simply, “tsípouro.” I asked him if he spoke any English. He shook his head and responded, “tsípouro.” Maybe it was the jet lag. Maybe it was my accursed tendency to go along to get along. But I just shrugged, said something stupid like, “OK, excellent!” and purchased my first and last bottle of tsípouro, believing it to be some kind of local white wine.

Turns out tsípouro is not a wine but an astringent, brandy-like liquor made from pomace, which is the leftovers of the skins and stems of grapes used in wine-making. Another use for pomace? Fertilizer. So perhaps I should not have been all too surprised that a shot of pure tsípouro tastes pretty much like kerosine. Still, we had a whole bottle of the stuff. And so my friends and I made short work of it. Then, a few days later, on the historic island of Rhodes deep in the southern Aegean, we thought we’d follow up a tremendous meal with a shot of the stuff. By this time, we’d become somewhat accustomed to its acrid, utterly unpleasant taste, and slugging back a shot felt a bit like ritual. Barely concealing his disgust, our gruffly genial server offered something else. “No tsípouro,” he grumbled. “Ouzo.” And ouzo it was.

Now, I’m pretty sure I’d had ouzo before: whether at a Greek-Canadian restaurant in my hometown of Toronto, or at one of those hoity-toity parties where people with refined tastes luxuriate in dispensing splashes of exotic liquors (i.e. the ones that aren’t rye). Or maybe I was thinking of sambuca, which is not Greek but Italian, but which is also a biting, liquorice-y liquor which I recall my dad’s friend freely doling out around the holidays. But I can’t recall ever having enjoyed ouzo. Or sambuca. Or absinthe, or basically any other anise-forward aperitif. Still: “When in Rhodes…” and all that.

Maybe it was the restaurant’s hospitality. Maybe it was the warm October twilight, or the warmer company of good friends. But damn if that ouzo didn’t hit. That astringency turned to sweetness, coating my tongue, pleasantly numbing it. It even offered an aesthetic pleasure, which was entirely absent from any of my previous ouzo encounters. Because in ice, the clear liquor turns a kind of milky white. This emulsion uncoils within the glass, like an octopus’s ink oozing through water. (This is a chemical reaction called, appropriately, the “ouzo effect.”) Cold and vaguely medicinal — and also, it turns out, coming compliments of our server — it just really hit the spot. I was in love with ouzo.

So I bought a bottle, and ferried it home in my checked bag. Shortly after returning from Greece, I eagerly prepared a glass, single ice cube and all. There, it turned toxic in my mouth. It was treacly and gross and everything I had previously associated with ouzo.

I’ve had similar experiences with Czech beer (amazing in Prague, so-so at a bar in downtown Toronto), Cuban rum (consumed aplenty in Havana, mixed with Coke-like pop or into sweet daiquiris, yet left sitting in a dusty bottle on a shelf in my apartment), and even vodka (the downing of which feels vaguely liturgical in Poland, but which I wouldn’t touch if you paid me back home). What, I began to wonder, as I doused my anise-deadened mouth with a large glass of tap water, accounted for this night-and-day difference?

Attempting to answer this question, I arrived at what I believe to be an essential appeal of travel itself. Among the more compulsive vacationers (and I count myself among them), there’s a manic, half-mad tendency to take in as much of a destination as possible, in crude, scratch-stuff-off-a-list terms. On a recent holiday in Paris my partner and I motored around tirelessly: from the recently burned Notre Dame to the august Shakespeare & Co. bookshop, to the Pantheon, the Catacombes, the Louvre, the Pompidou, Napoleon’s tomb, and a restaurant that pops up in Hemingway, where we slurped back a frankly heroic number of snails. It was exhilarating, but also exhausting. When I look back on that trip, the thing I remember most is sipping a beer on a ruddy barge docked on the Seine, while the strains of a street musician’s violin wafted in the background.

So it was with Greece, which proved similarly hectic. With its wealth of historic sites, beaches, and ample seafood eateries, a few days in Athens can feel wearying. Ditto the practice of “island-hopping” through Greece’s numerous island chains; an activity that (on a contracted itinerary) is bound to feel a bit rushed. But there, on the outdoor patio of Mama Sofia’s in Rhodes, everything sort of stalled. That wonderful food, the congenial service, the company, and the nightfall all conspired, and were seemingly apprehended in a single small glass of ouzo. The eminent travel writer and tourist guide Rick Steves always preaches the value of being a “cultural chameleon.” But it’s not quite that. It’s not like I’m drinking ouzo to pass myself off as a real-deal Greek guy. It’s about appreciating something of those surroundings, of the conditions (beyond national affiliation) from which a sense of real-deal feeling of Greekness might arise.

It’s a cliché that travel is not a destination but a journey. What strikes me as true about it, however, is that travel is as much about activities and sights and tastes as it is the setting. The things that linger are not so much, well, the things. But rather the context in which those things were enjoyed — all the stuff around the stuff. It’s this context that transmutes mere experience into memory, magically exploding data absorbed by the senses into something special, like an emulsion in a glass of anise-y booze.

And maybe one day, if the variables maneuver felicitously in my favour, I’ll absorb myself in the appropriate context where even an abrasive shot of tsípouro will tickle me just so. It’s just the sort of prospect that has me eagerly anticipating another trip to the Greek isles.

Keen to try some tsipouro in Greece? G Adventures can get you there. Check out our small group tours to Greece here. 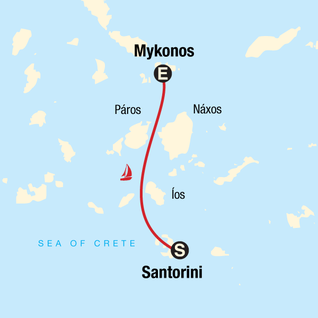 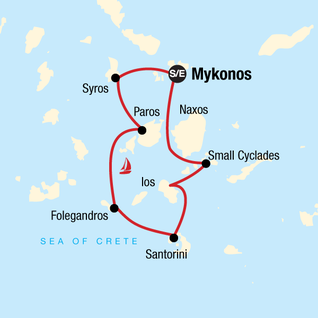 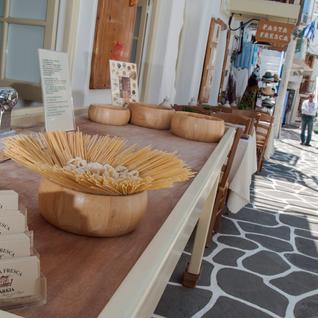 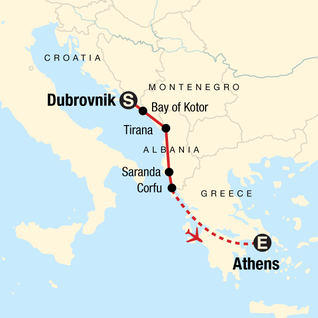